What A Colour à € by Vít Čondák

Caution - Windows users
This font is heavy to load and may freeze or crash the Windows font viewer.
You should avoid previewing it before installing it (do not double-click on the font file, but right-click > Install)
Note of the author
I generally prefer simple fonts with as few points as it's possible but this time I decided to create a font emulating shades of grey and it requires a lot of points.

Creating the original design with a brush, watercolours and paper was rather fast and easy but then I spend more than a month experimenting with different approaches and programs to get the best result. In the end I wrote my own converting tool and after a lot of manual tweaking I finally end up with a font that's under 1 MB.

It's still rather big and slow but it's much better than my previous prototypes. =) 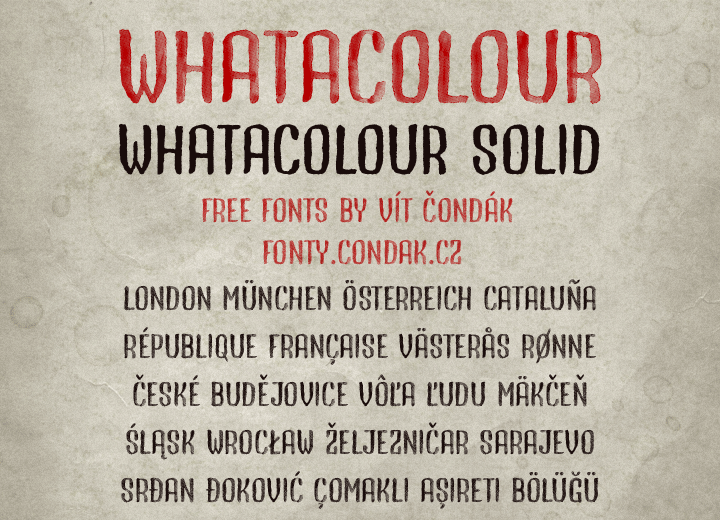