(Missouri)
User comment
About Roger Ridpath  Roger Ridpath is professional graphic designer with more than two decades of experience creating advertising and communications for a wide range of clients. His professional career mirrors Photoshops history. They both came on the scene around 1989 and over the past two decades developed more and more capabilities and satisfied clients.

After serving as a creative director at a Kansas City-based ad agency that pioneered web development, Ridpath launched his own design firm about 10 years ago. Ridpath Creative Partners is an award-winning group.

Ridpath has worked with Photoshop throughout his career and has always sought ways to get the most out of the innovative software. In the late 90s Ridpath was among the first group of Photoshop users to develop proprietary plug-ins. SmartGif, his most popular plug-in, allowed users to slice a Photoshop file into multiple .gif files. Communications Arts recognized it and MacWeek magazine touted it as one of the first plug-ins to take advantage of Photoshops layers feature. Ridpaths keen interest in Photoshop -- not just for work, but as a hobby -- led him to earn the difficult Adobe Certified Expert qualification in 2006. Since then he has launched two websites dedicated to Photoshop: CampPhotoshop.com and now, PhotoshopIsland.com. 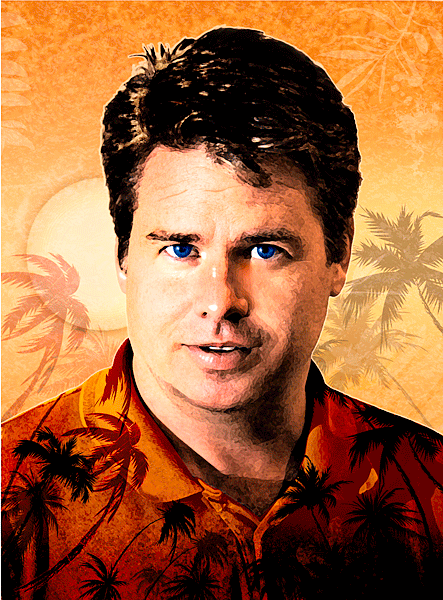