Quote
Do anybody know what kind of font, they used on the "Dirty Dancing" poster ? 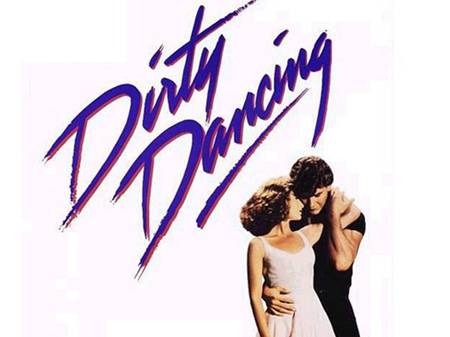 Edited on Mar 23, 2010 at 16:29 by Rodolphe
This is most probably not a font
Suggested fonts
Streetbrush  Suggested by vinz

Quote
hello & welcome,
I think this is not a font,
because the "D" and the "i" is not similar.

Quote
"n" are differents too, the logo looks handwritten...

Quote
Is there any font, witch look's simular ?

Quote
For this kind of script fonts, you'll find happiness at Sudtipos : http://www.sudtipos.com/fonts

Is there any font, witch look's simular ?

You should find something here >> http://www.dafont.com/theme.php?cat=604

I just saw this - last time I needed something similar I used Still Time. Not the same - but did the trick for me.
Suggested font: Still Time

Quote
Looks nice I will try.

Quote
Found the "Streetbrush" that have more the brush look & feel of the logo
Suggested font: Streetbrush

Quote
Another suggestion that might work.
Suggested font: Blaze

Quote
Way too late for the original post, but I believe it is hand drawn, but based on Rage Italic designed by Ron Zwingelberg in 1984. Dirty Dancing came out in 1987. Rage Italic was very popular in the 80s and was available as a Letraset press down font back then. I believe daFont carries it now.
Suggested font: Rage Italic
Edited 3 times. Last edit on Jan 12, 2017 at 07:34 by ssampson