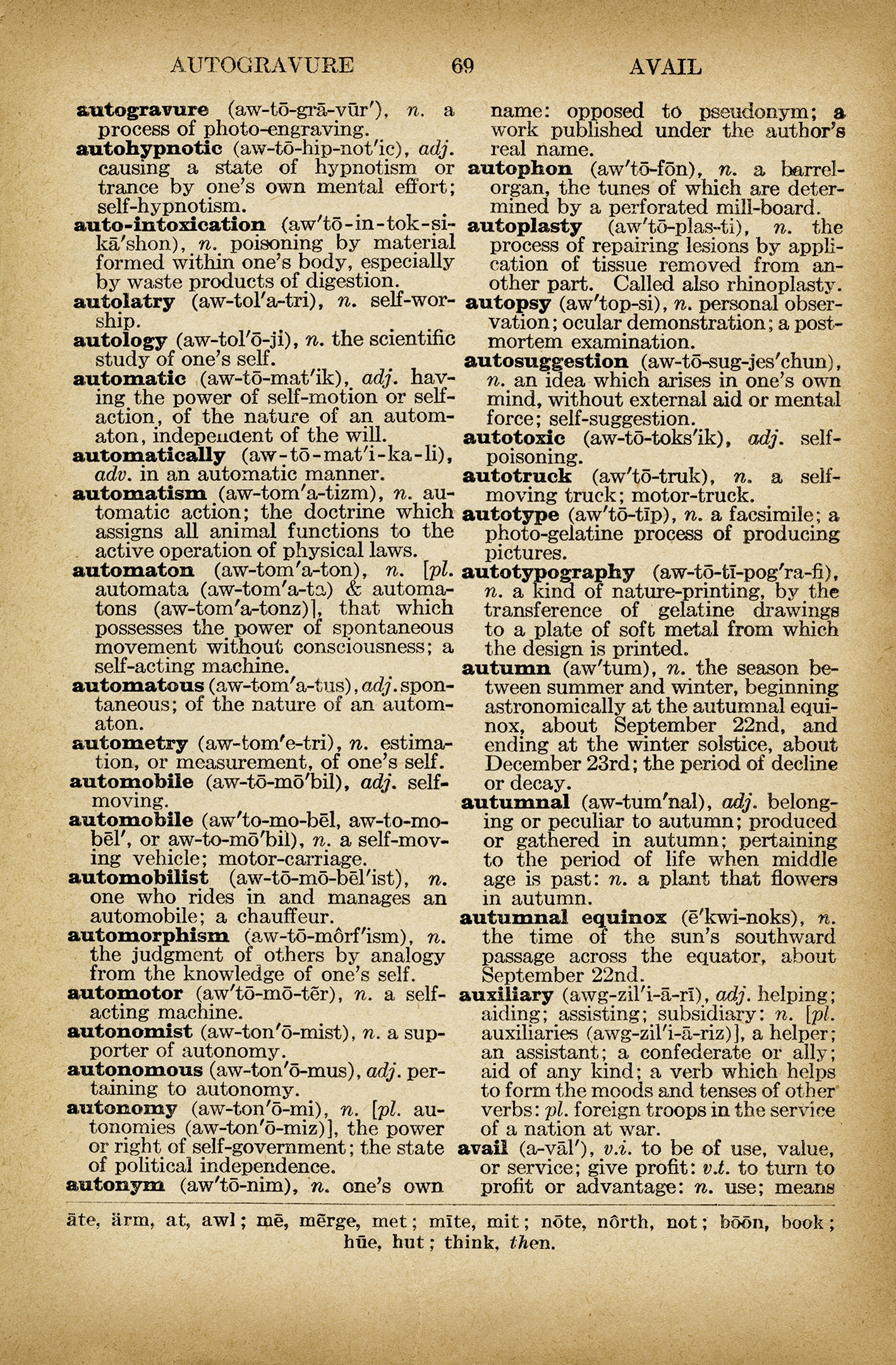 Quote
Small scale for your letter images but this looks the the old time metal type version of Scotch Roman aka Scotch Modern. Name variations by different foundries.
Most digital versions are based on a larger font size than used for a dictionary. The small point sizes reduced contrast, expanded serifs and compressed descenders and ascenders.
The digital font that best recreates the small point Scotch typeface used in your dictionary is Nick Shinn's Scotch Micro and Scotch Micro Bold.
Suggested font: Scotch Micro

Quote
For the uppercase letters, Monotype's Scotch Roman is a better fit than Nick Shinn's Scotch, but the lowercase is based on a larger point size and does not come as close as Scotch Micro. Combine the two fonts and a close recreation of the page can be produced.
Suggested font: Scotch Roman
Edited on Oct 17, 2017 at 09:39 by donshottype