em Fantasia > Distorcida
34.985 downloads (0 ontem)   Demo - 2 arquivos de fonte
Baixar  Doar ao autor
randyde-demo.ttfrandydeclean-demo.ttf
Nota do autor
The Randy Described Eternity font was created from dollar store stamps, which I still use to this day on birthday and holiday cards. The font was originally released in August 2001. In February 2016, I added several more characters to the set, including accent characters.

I also created a second font called Randy Described Eternity Clean. It is nearly identical, except I removed the rubber stamp edges from each character and brought the characters a little closer together. It may be a little easier to read.

Both fonts are included in the same demo download and purchase.

This is a DEMO version of the font. It includes only uppercase and lowercase letters. You can use the demo version for personal use.

Purchase of the full version entitles you to a full license of the font, with which you can use the font commercially in any project. 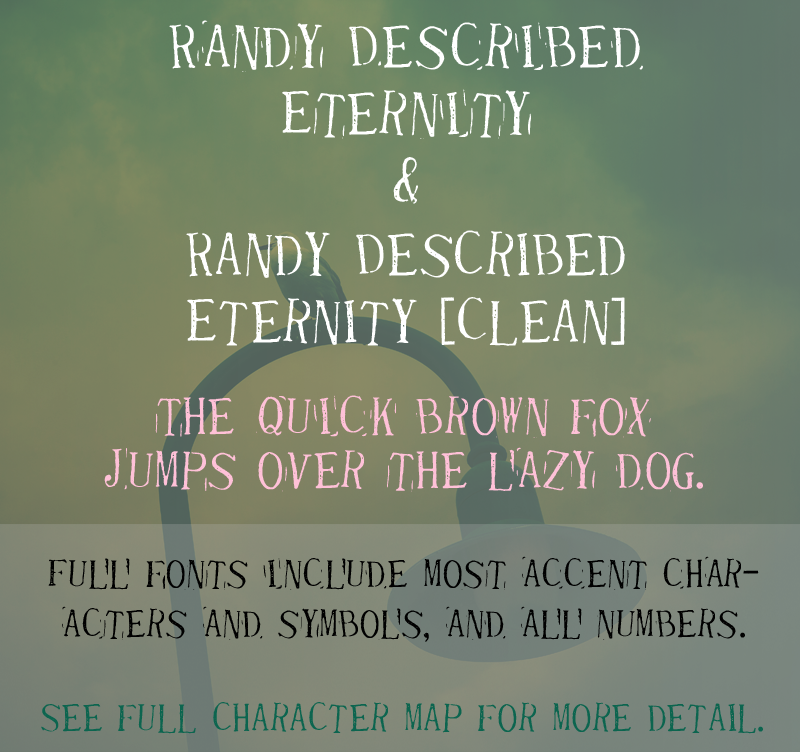