Started off as me trying to make a few custom letters to go on a t-shirt design. ithnkerfoam was all I needed but I ended up with a whole damn font!

Best used with a large font size due to tight letter spacing!

Was inspired by the all lowercase Olympiques font which I was originally going to use for my t-shirt design.
Here is an example of the font being used. The t-shirt I originally designed it for...
http://www.redbubble.com/people/ugghhzilla/t-shirts/2605373-4-i-think-therefore-i-am-an-infidel-white-font 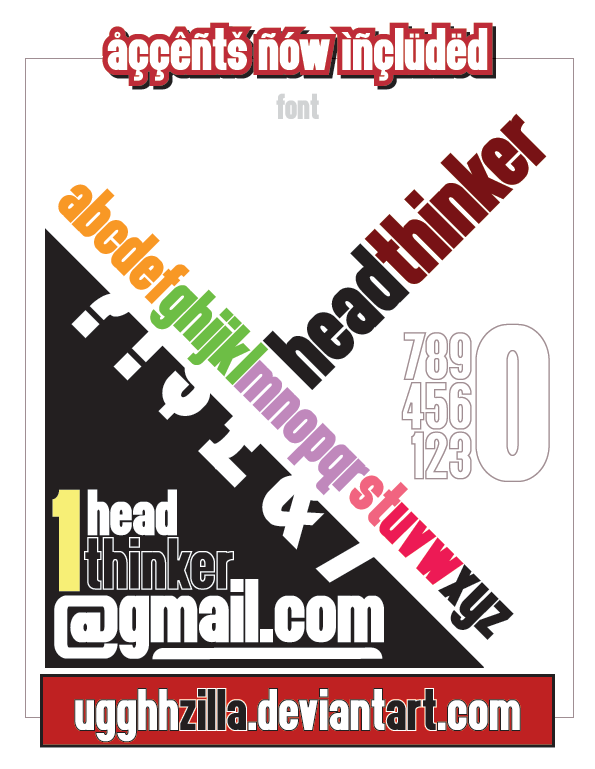