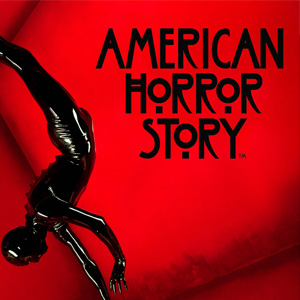 Edited on Nov 22, 2011 at 16:21 by mrsragerr
Identified font
Rennie Mackintosh  Suggested by rocamaco

Quote
It appears the font makers have issued a new version that matches the changes made by the show.
Suggested font: CRM American Horror