google
1 matching request on the forum

in Script > Graffiti
1,363,032 downloads (24 yesterday)   58 comments   Free for personal use
Download
URBAN_HOOK-UPZ.ttf
Note of the author
" URBAN HOOK-UPZ Font: First font created by Anwar Ibrahim. Quote:"I actually created this font and named it the same name as my clothing company at the time, "Urban Hook-UPZ".  I was buying and selling hip-hop type clothing. In the early two-thousands, the wholesale category for Hip-Hop clothing was under Urban Wear."  Thus The name and company," Urban Hook-Upz was started. I Was Hooking people up with the freshest Urban Gear. I only submitted The Urban Hook-Upz Font to one website: Da Font . com. The power of the internet did its thing, and my Urban Hook-Upz font has been used in projects all over the world.  Biggest known achievement:  BET Television; Hip-Hop vs. America Backdrop, Part of Font Characters Used in Japanese Art Exhibit in major Museum, and a Spanish Graffiti Kings video.
First seen on DaFont: December 14, 2006 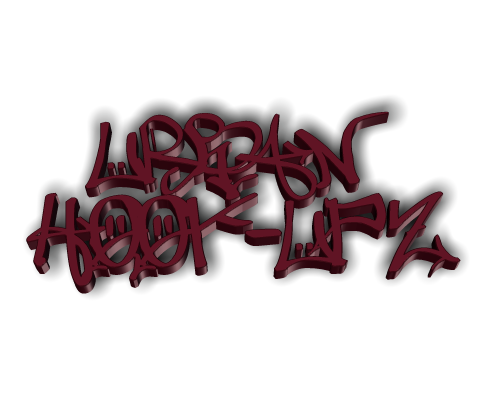