Citar
Hey,
There is more than 1 font over here.

I would love to know what's the font used for the songs names (altough it might be drawn)
The font for MIKA's web
&
The font in the sides that says the album name & the font of the numbers. 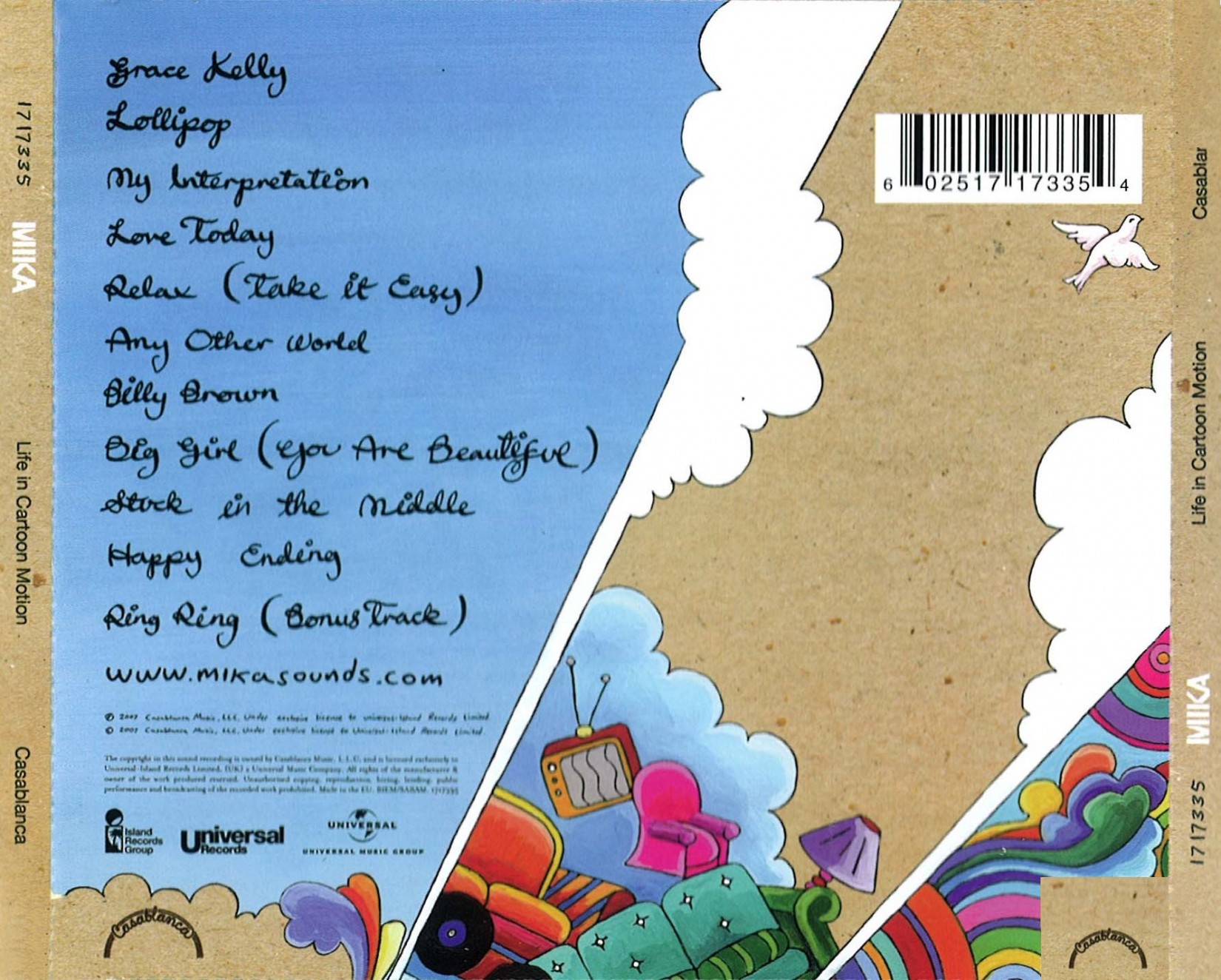 Citar
Unfortunately, for the song's names, it's not a font. We see that the letters are not similar.. I think it's Mika's sister who wrote the song's name !
Same thing for the Mika's website !

Citar
You're absolutely right!
what about the fonts in the sides?