Cita
I am working on a background image that has Gambit on it and I am trying to find the name of the font used for his comic book. Thanks in advance! 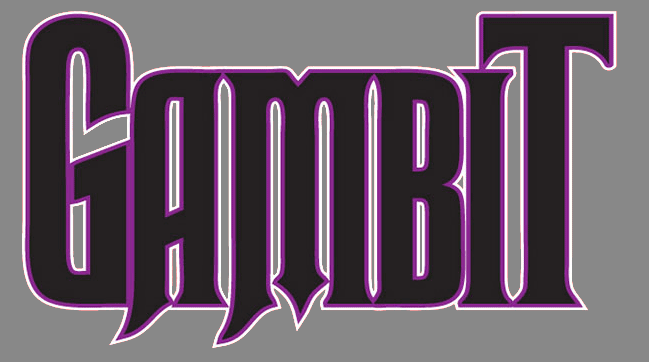 Cita
The Macbeth design is a modified version of a 19th century font called Rubens.
Rubens is not as good a match to the letter-forms in your image but the proportions are closer.
Don
Carattere suggerito: Rubens

Cita
This is Ravenscroft, without doubt

Cita
No need to edit Macbeth, when the Disney people did the job and Callaghn & Kronos made the result into a digital font.
I agree that Ravenscroft is the best match so far for the image.
It's lighter but can be made closer by the parallel line trick.
Don
Modificato su 20/07/2015 alle 18:27 da donshottype