in Basico > Sans serif
43.861 scaricati (4 ieri)   100% Gratis - 2 file dei caratteri
Scarica  Dona all'autore
CURRENCY_REG.ttfCURRENCY_SLANTED.ttf
Note dell'autore
The idea behind Currency was to build a font to portray a foreseenable future, especially apply onto bank notes and mathematical numerals. A forseenable future with visionaries of blooming numbers, figures, and a revolutionary rise of a new united currency.

In order to find the balance between modernity and Romanist type,
Currency captures the elegant strokes of calligraphy pen while remaining its geometric shapes and sturdy weight.

The font gives a fluidity to reading by a consistent x-height. The shoulder is made slightly broader then the curved foot. Assender is made shorter in order to buffer the contrast made by thick and thin strokes. 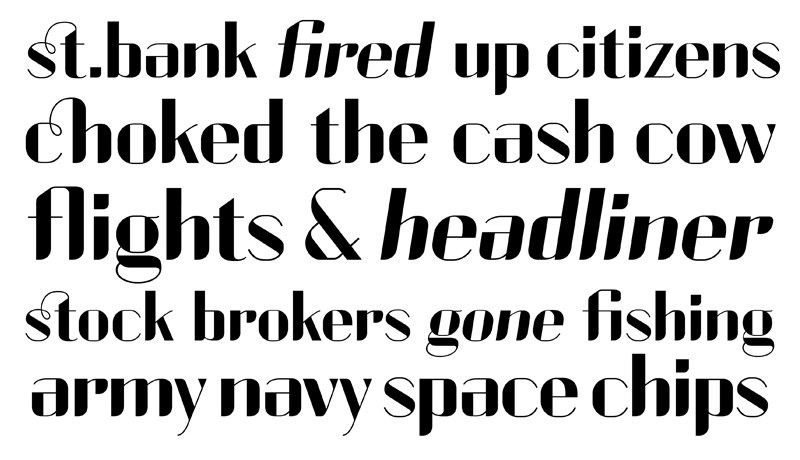