4 matching requests on the forum

in Script > Handwritten
173,390 downloads (4 yesterday)   1 comment   Free for personal use - 2 font files
Download Donate to author
Generally Speaking.ttfGenerally Speaking Alternate Endcaps.ttf
Note of the author
Have fun playing with alternates with Generally Speaking, a fresh all-caps font. Alternate between upper and lowercase letters for a custom, handprinted look. Also included is a bonus 'alternate endcaps' font to add a little something extra to the first and last letters of words and phrases!

Free for personal and non-profit use.

For commercial use, please purchase a license:
http://brittneymurphydesign.com/downloads/generally-speaking/ 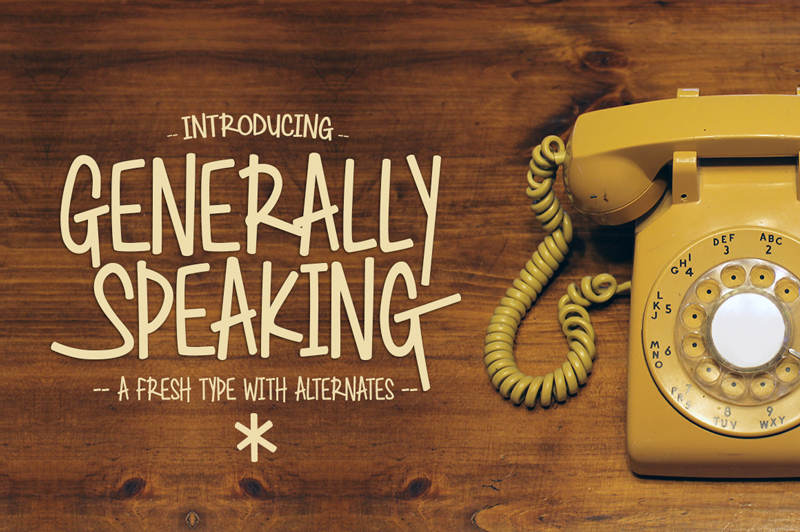