This graphic is based on a hand lettered poster by Alexander Rodchenko in 1924, showing Lilya Brik saying in Russian Books (Please) in all branches of knowledge.
https://upload.wikimedia.org/wikipedia/en/3/3f/1924_Poster_by_Alexander_Rodchenko%2C_showing_Lilya_Brik_saying_in_Russian_Books_%28Please%29_in_all_branches_of_knowledge.jpg
Rodchenko is a modern interpretation.

Probably artwork.
Could perhaps have been made by modifying Pure Psychedelia by reducing the weight, convert the blobby ends into talons, and applying a grunge effect.

https://i.imgur.com/02fq2Y7.jpg
If the tail on _Q_ is edited, it seems to look like Twentytwelve Slab bold. 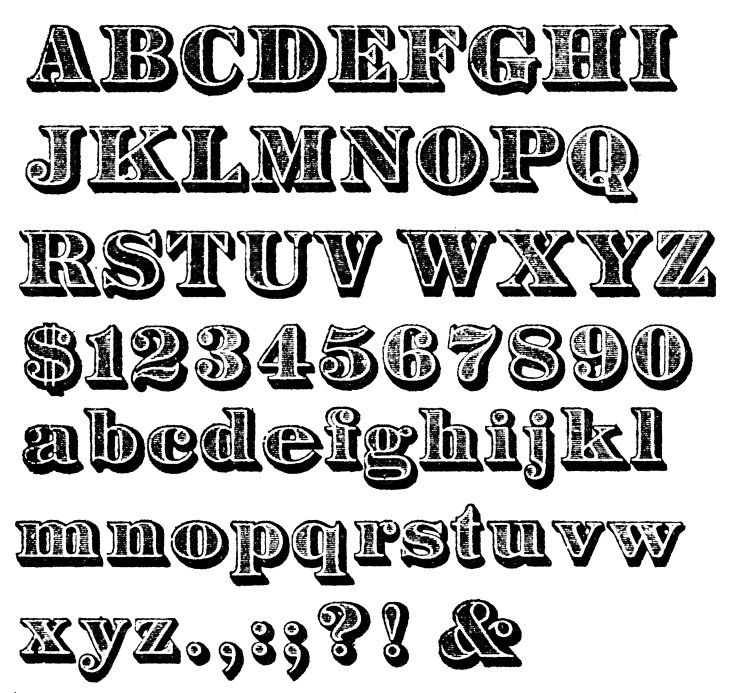 donshottype
24/08/2021 à 01:55  [réponse]  Font Similar to Archive Garfield
No free font is close to the lower case but Dick Pape has a free Upper Case that is in the ballpark.

https://i.imgur.com/fPUy2lL.jpg
The font is presumably named for US President Garfield, in office for several months in 1881.
I have not seen any clean digital versions.
If we ignore the horizontal lines used as a shading fill and the shadow effect we are left with robust Roman letters which were drawn as a variation of a popular typeface called Aetna, designed by William Page in 1870ca. Many type makers of the late 19th century had their own or similar versions:

You might want to take a look at one of the digitized variations, HWT Aetna, which is similar but not identical to the Garfield base letters.

Top and bottom spurs pulled out by user.

really? is this the source, this photo? does not appear
Mason Alternate, included in Mason, pic by Identifont.
http://www.identifont.com/samples/emigre/MasonAlternate.gif