Quote
Does anyone know what font is used for the Hells Angels? 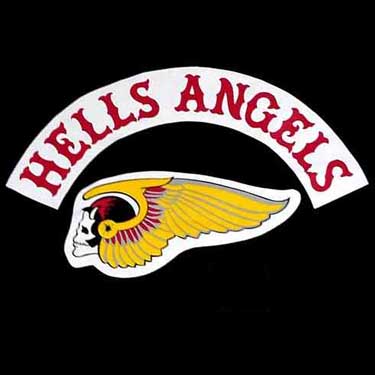 Quote
It Looks Very Reminscent of the Boston Red Sox font. Since their font is under lock and key, "BOSOX" is a poormans version of the font. Perhaps with a couple of tweeks you can emulate the Hells Angels Font.
Suggested font: Bosox

Quote
I like the Hessian as that is very close, however it is $19.95 and since I'm not looking for perfection, I am going to go with the 'poormans version' of Bosox.

Quote
This font is not hessian,
it's been requested many times

Quote
Thank you tophy52. I'm not looking for perfection as I said above. Hessian works just great for me. Thanks for your reply.

Quote
Wow, I forgot I had even asked about this a couple of years ago. Thank you for your reply though. I appreciate it.

Quote
Try this one... Bike from Fontalicious

Quote
@PurpleWeeble, thank god that it only took 5 years to find something close

Quote
The Kat wonders, Gabilonda. Why has RebelBones "1.006;pyrs;HessianBones" as unique font identifier? What link might there be with the Hessian?

Quote
Forget about it. You shouldn't be using that font. Plain and Simple. You really wanna find out? Find the closest charter and ask them if you can use their font? I understand what you're saying koeiekat, and I am sure you are spot on. But to everyone else: there's a good reason why the font isn't readily available to anyone. So just forget it and be happy with something close.

Quote
After all, there is a font named hellsangels out there. Someone left the back door unlocked