Philadelphian Gothic has some language support and is served free for personal use and as is, but I would encourage anyone downloading and using it to consider a modest donation to the buy the author a beer fund using the donate button on the right of this page. For use in commercial projects, a donation should be considered mandatory (and good manners).

I hope you enjoy using Philadelphian Gothic as much as I have enjoyed making it.

(Note: Im still new to font making, so comments and suggestions for improvements are most welcome and will be heeded. ;-) Thanks once again to the mods and staff of Dafont for their time and patience without which this wouldnt have been possible.)
Pil 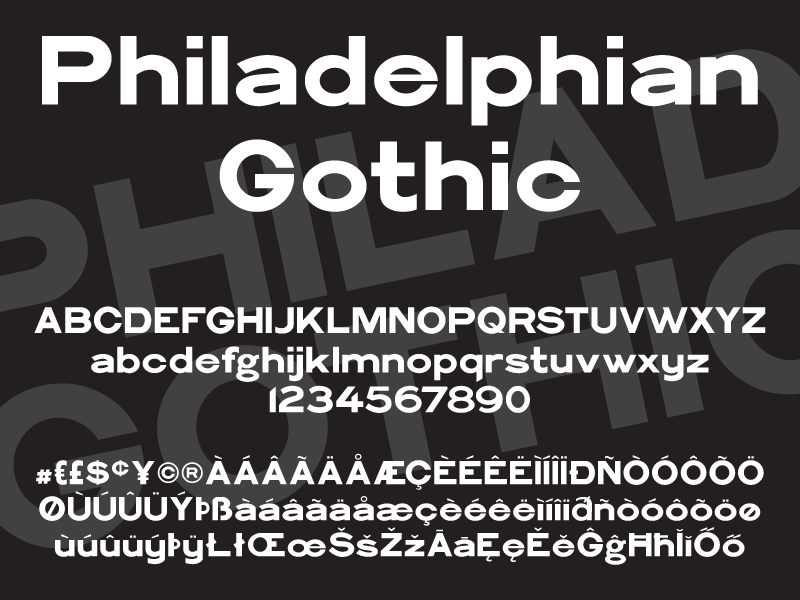