en Fantasía > Oeste
151.533 descargas (29 ayer)   100% Gratis - 4 ficheros
Descargar Donar al autor
kirsty rg.otfkirsty rg it.otfkirsty bd.otfkirsty bd it.otf
Nota del autor
Kirsty is a sharp-serifed, octagonal typeface influenced by nineteenth century railroad lettering. It was released in 2000 in regular and bold with obliques and small caps instead of lowercase. The current version has a proper lowercase, five weights and obliques. Most current Latin alphabet-based languages are supported as well as Greek and Cyrillic. Small caps are available if your application supports it. Not all languages are available in small caps. This font includes a license that allows free commercial use: sometimes referred to as a desktop license. This allows you to install the font on a computer and use it to create posters, web graphics, game graphics, t-shirts, videos, signs, logos and more. Read the license agreement for details. If you'd like to embed these fonts in an app, on the web or anything that's not covered by the desktop license agreement, visit the link below. You'll find distributors who offer different types of licenses or you can contact me for help. 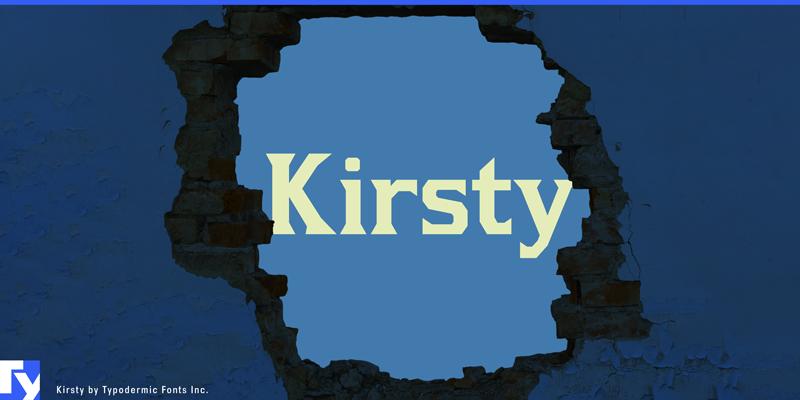