Citar
Used on MTV Headbangers Ball in the 90s 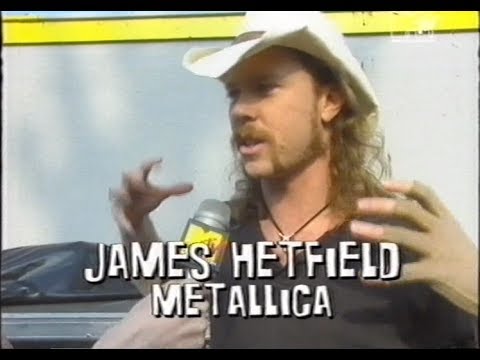 Citar
not the font, but as the author says, based on it:

Grunge Bold is based on the distorted font used by MTV (mainly on 120 Minutes) from approximately 1993-1995. I've spent a long time piecing together multiple sources (recordings of 120 Minutes, etc.) in order to achieve the most accurate effect. Only if I couldn't find the character I was looking for I recreated it all the while staying true to the other characters' structure.
Fuente sugerida: Grunge
Editado el 04/08/2019 a las 14:21 por marty666

Citar
Thanks Marty! Rock on

Citar
The original font designed for MTV came in two weights: the lighter one, as seen in that screenshot, and the bolder one, on which I based Grunge Bold off of.
I'm /still/ trying to find high-quality resources for these fonts, as I plan to remake Grunge and actually start work on Grunge Light.
Work stopped in January 2018 due to the computer I housed all of the original files corrupting itself during an update.
So although Grunge (soon to be renamed upon release of the better version I'm working on) isn't exactly what you're looking for, it's part of the same unknown font family.
Sorry this is two years late, haha.