For the design of this typeface I was inspired by the credit titles used in the black film directed by Frizt Lang in 1950 called The House of the River, to the drawing of the original forms of the letters i added decorative elements to give the fonts a festive character, traditionally this type of decorative fountains that emerged in Italy in the nineteenth century were used in large headlines and posters that were closely related to circus shows, carnival or environments of the Far West American. I have also rounded the sharper joints of the antlers and counterforms to create a contrast with the sharp Tuscan serifs which brings a modern background of techno inspiration and soft shapes.
===============
FULL VERSIONS & COMMERCIAL LICENSES: https://defharo.com/fonts/cowboya-tuscan/ 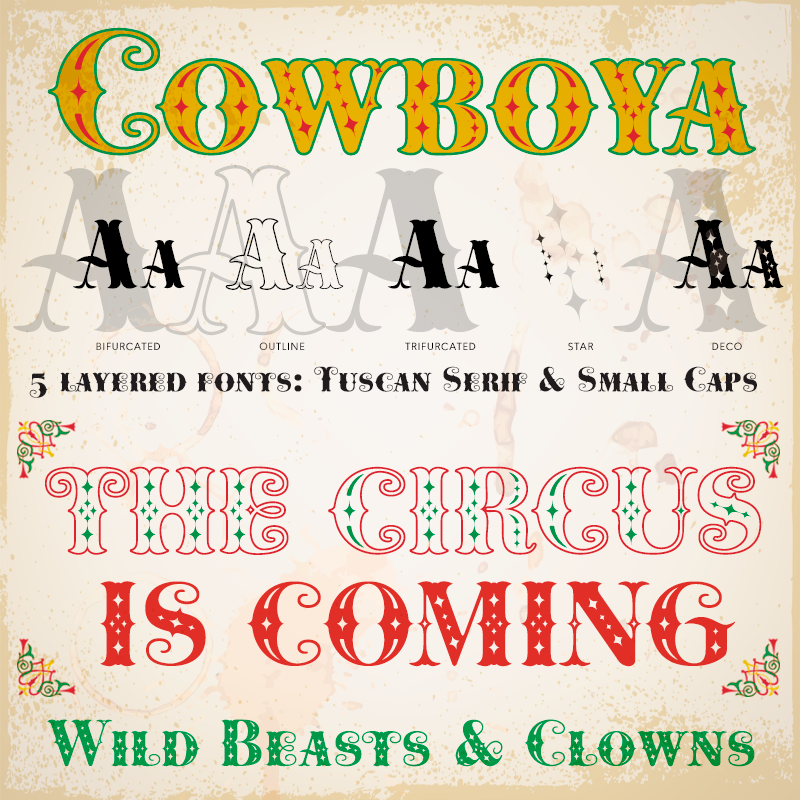