I am the artist for a webcomic called Development, found at http://developmentcomic.com/

We are holding a contest from now until the end of February 2012. The rules of the contest are as follows:

This font is named Catman after a character of our webcomic named Catman. The upper case of this font is pictures of Catman in various moods and situations. We are currently having a Catman Fan Art Contest. We would like you to submit your rendition of Catman. It could be a sketch, it can be done digitally, 3D, mosaic, with colored noodles, cosplay, anything you can think up as long as it is some form of Catman fan art.

The prize is to be determined, but tentatively it is a chance to have your likeness as a character in one of our comics. We will take a photo that you submit and create a comic version of you to be used as a character in a comic.

This font is to be used for inspirational purposes. All entries must be received before Feb. 29th 2012. Results will be given in early March 2012.

Please email all entries to mgmuranaka -at- gmail.com

All images found in the upper case of this font are copyright 2011 developmentcomic.com, all rights reserved.

For commercial licensing of the letter set that can be found in the lower case of this font, as well as number set, you are required to make a donation of any amount to my PayPal account linked to this page.

Any donations given before Feb. 29th 2012 will be donated to the country of El Salvador, which was recently stricken with devastating rainstorms, leaving thousands of people homeless and without food and clean water. Any amount helps!   Más...

This font is free for personal use.

This font was created for the webcomic Development, written by Rick Austinson and drawn by Michael Muranaka.

Check out the comic at:
http://developmentcomic.com/

This font has an uppercase with Catman images, with a nice thing lowercase letter set and number set. The lower case letter set is great for titling, logo type, and much more! 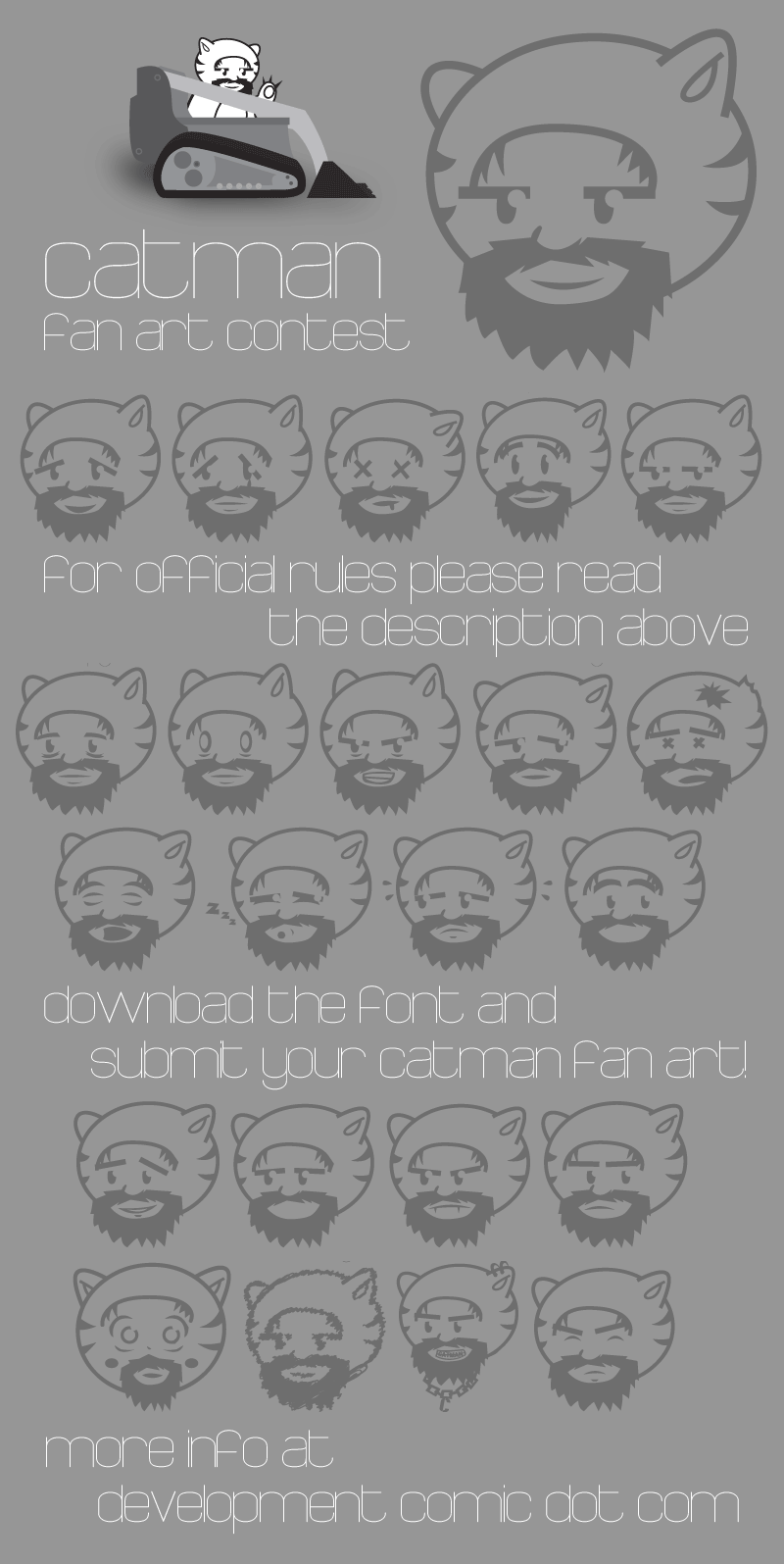